Hundreds of Grams of Drugs Found in Nashville Home 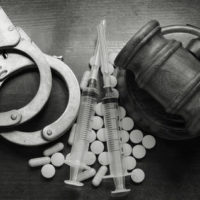 A Nashville man is facing drug and gun charges after police found hundreds of grams of drugs when they searched a Nashville apartment complex. He had previously been convicted of a felony and will be facing additional charges. Police seized 178 g of marijuana, 11 ecstasy pills, 83 g of cocaine, 39 different types of prescription pills, and a 9 mm pistol that had been reported stolen.

Drug possession offenses can come with stiff penalties and how severe the punishment is depends on the defendant’s criminal history as well as what drug and the amount of drugs that were found in their possession. There are five types of drug possession-related charges in the state of Tennessee:

Consult with an Experienced Criminal Attorney

If you are facing criminal charges for drugs in Tennessee, the penalties can include significant fines and lengthy prison sentences. It is important to have an attorney that is familiar with the laws in Tennessee to represent you and defend your rights. The attorneys at Calhoun Law, PLC, will review your case and craft the best possible defense strategy available. Contact us today to schedule a consultation.