The Danger Of Bus Accidents In Tennessee 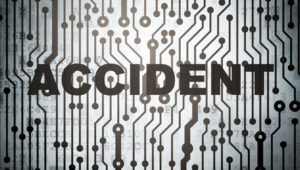 When accidents in Tennessee occur involving buses, the results are frequently catastrophic. A recent example of the significant dangers posed by bus accidents occurred when a woman was significantly injured when she was struck by a bus outside the downtown Nashville bus terminal. At the time that the accident occurred, the woman had recently gotten off of the bus. While a nearby street sign was displaying a “Don’t Walk” signal, the woman attempted to cross the road and was struck by the bus, even though the bus had a green light. After the bus collided with the woman, she was pulled a short distance by the bus before the vehicle stopped. The woman was then transported to a nearby medical with life-threatening injuries, but fortunately her condition has improved to stable and she is expected to survive the event. The area where the accident occurred was temporarily closed so that law enforcement could investigate how the incident occurred.

The Requirements Of A Tennessee Bus Accident Case

In order to prevail in a bus accident case, individuals in the state of Tennessee are required to prove several elements, including: (1) that the bus company owed a duty of care to the injured individual, (2) that the defendant failed to meet or breached its duty, (3) that this cause injured the accident victims, and (4) that these injuries due to the bus accident are capable of being compensated. It also should be emphasized that in the state of Tennessee, public and private bus companies are required by law to provide the utmost care to passengers, which is a higher standard than degree of care that is required by many other motorists.

The Assistance Of A Seasoned Bus Accident Lawyer

Each year in Tennessee, many individuals are injured in bus accidents that result in head trauma, broken bones, bruising, internal organ damage, lacerations, and in the very worst cases even fatalities. Individuals who are injured by a bus in Tennessee frequently receive significant and life-altering injuries. If you have been injured due to a bus, you need nothing short of strong and experienced counsel like the legal team at Calhoun Law, PLC in Nashville.