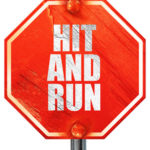 A car was overturned after hitting a stopped vehicle in the eastbound lanes of Interstate 24 late last year. On Friday, December 5, at around 3:15 a.m. near the Harding Place exit on Interstate 24, police reported that a white Camaro had been seen driving recklessly on the road. Soon afterwards, multiple calls to… Read More »