What is the Nashville Police Department’s Hot Pursuit Policy? 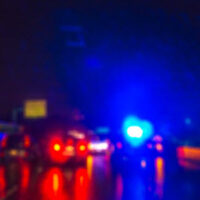 Three people, including a teenager, were killed during a hot pursuit in Dyersburg, Tennessee. The fatal police chase highlights the dangers of hot pursuits in the state of Tennessee.

As reported by Fox 13 Memphis, three persons were killed and another person was injured when a hot pursuit led to an auto accident in Dyer County. The deadly collision occurred in the 2400 block of Highway 51 South.

Dyersburg Police started pursuing a 2008 Infiniti G35 after one of its officers noticed multiple vehicles traveling at a high rate of speed on the highway near Christie Street. At one point, the officer attempted to initiate a traffic stop, but the suspect suddenly accelerated. Eventually, the pursued vehicle left the roadway, hit a concrete culvert, and overturned.

As a result, three young men in the pursued vehicle, including a teen, were ejected from the vehicle and killed. The occupants were not wearing a seatbelt. The driver, meanwhile, was critically injured and charged with evading arrest.

Residents of Tennessee are no strangers to police chases. Last year, a hot pursuit injured two deputies and a police officer. According to WSMV, three people were arrested after Cheatham County deputies and a Metro Police officer pursued a stolen vehicle. Multiple people sustained injuries and several vehicles were damaged during the police chase.

We decided to review the Metropolitan Nashville Police Department’s hot pursuit policy, which can be found on the MNPD’s website.

The first section of the policy states that the MNPD must protect all persons’ lives “to the extent possible when enforcing the law.” Some of the takeaways of the MNPD’s police chase policy are:

When is the Nashville Police Department Allowed to Pursue Vehicles?

The Nashville Police Department allows officers to pursue motor vehicles when all of the following requirements are met:

When deciding whether to initiate a police chase, the police officer must consider the following factors:

As conditions change during the police chase, the pursuing officer must decide whether it makes any sense to continue the pursuit. If you were hurt during a police chase, you need to speak with a knowledgeable Nashville car accident attorney to determine whether you can obtain compensation for your personal injury. Contact Calhoun Law, PLC, to receive a consultation. Call at 615-375-4773.