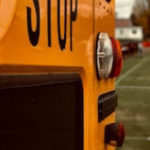 Wintry weather, in the form of a frost-covered windshield, may have contributed to a startling wreck in Signal Mountain. A school bus was stopped when the driver of an SUV hit the bus head-on. Although the investigation is still underway, officers say it is likely that fault will be assigned to the driver of… Read More »

The Danger Of Bus Accidents In Tennessee

When accidents in Tennessee occur involving buses, the results are frequently catastrophic. A recent example of the significant dangers posed by bus accidents occurred when a woman was significantly injured when she was struck by a bus outside the downtown Nashville bus terminal. At the time that the accident occurred, the woman had recently… Read More »

In a follow up to a tragic accident last year, two additional lawsuits have been filed related to the deadly Knoxville school bus crash that tragically took the lives of two children and a teacher’s aide. The crash occurred on December 2, 2014, when a school bus driven by James Davenport suddenly crossed over… Read More »

Three middle school students suffered injuries recently after the bus that they were riding in to school was involved in an accident. This accident was the second bus-related traffic incident to occur that day in Nashville, and it occurred near the Nashville International Airport at the intersection of Deep Woods Trail and Deep Woods… Read More »