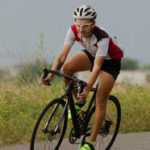 The Tennessee Traffic and Safety Commission reported that more than 250 bicyclists were injured and four bicyclists lost their lives in accidents in 2012. If you find yourself involved in a collision with a motorist while operating a bicycle, there are some important steps you should take after the collision to protect your legal… Read More » 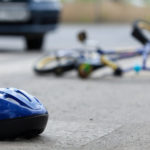 Hurt in a Bicycle Accident – Understanding Your Rights

May is bicycle safety month. There needs to be an emphasis on drivers exercising the necessary precautions when they encounter someone on a bicycle on a road or street in Nashville. In 2014, bicycles were associated with more injuries over all age groups than skateboards, trampolines, swimming pools and playground equipment combined, according to… Read More »

The Secretary of State John Kerry had to return early from a European diplomatic trip after he broke his leg in a bicycle accident. Secretary Kerry, 71, broke his right femur (thigh bone) when his bicycle crashed in France. According to his press delegate, he was riding his bicycle near the city of Scionzier,… Read More »

A local Maury County dentist was killed earlier this month in a cycling accident with a car on the roadways. According to the Tennessee Highway Patrol, Dr. Ponder Laray Rector, 55, of Columbia was riding his bicycle along Bryant Station Road a little after 6:15 a.m. last Monday when a vehicle driven by Brittany… Read More »