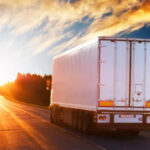 Can I Hold the Trucking Company Responsible for My Accident?

Trucks pose a serious danger to other motorists on our roads. Contrary to popular belief, the truck driver involved in an accident is not the only one who can be held responsible for the crash. In many cases, victims can bring a personal injury lawsuit against the trucking company that employs the trucker. In… Read More »

Recently, a motor vehicle collision involving a semi-truck and two pickup-up trucks occurred on State Highway 52. The semi-truck jackknifed while traveling in heavy rain. The accident caused the vehicle to swerve into an oncoming lane of traffic. One of the pick-up trucks proceeded to pass underneath the semi-truck’s trailer, which resulted in the… Read More »

The driver of a semi-truck carrying mail for FedEx who created a fiery 8-car pile up on I-24 was issued a citation by Metro Nashville Police for operating his vehicle while fatigued. The crash took place around 6:30 pm near the southwest side of Nashville, close to Old Hickory Road. According to authorities, the… Read More »

In early December, three people were confirmed dead after an SUV was hit by a tractor trailer at an intersection along Highway 43. According to a Tennessee Highway Patrol fatality report, the passengers in the SUV were amongst those killed. They are identified as: 38-year-old Theresa Weatherspoon, 35-year-old Kathy Boddie and her one-year-old son… Read More »

Woman Killed in Accident with Semi-Truck

A fatal accident took place recently involving a car and a semi-truck that took the life of a local Smyrna woman. Kelsey Dearmon, 21, was driving on State Route 840 around 7:45 a.m. when a semi-truck was traveling in the left-hand lane of traffic going in the opposite direction. According to the Tennessee Highway… Read More »

Two employees at a cement truck company in Nashville have been indicted on criminal charges stemming from an accident involving one of their cement trucks. The two employees charged are Robert Ashabrunner, the cement truck driver, and Carlton Mosely, the truck dispatcher, and they were both brought up on charges of vehicular and reckless… Read More »