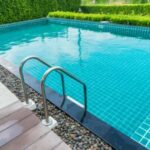 Who’s Responsible For Your Swimming Pool Accident In Nashville, TN?

While everyone loves to spend time in swimming pools during the hot summer months in Tennessee, pools can be a safety hazard if swimmers are not adequately supervised or the pool is not properly maintained. Residential and commercial property owners who have swimming pools have a duty to provide a safe environment to their… Read More » 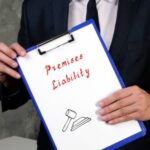 How To Seek Compensation For Injuries in An Airbnb Accident In Tennessee?

An ever-increasing number of travelers and tourists opt for Airbnb as a more convenient and cost-efficient alternative to traditional hotels. While booking an Airbnb offers numerous benefits, guests are exposed to risks of injury when staying in a rental. If you have suffered injuries in an Airbnb accident in Nashville or elsewhere in… Read More » 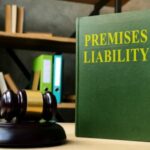 What Is Attractive Nuisance Under Tennessee’s Premises Liability Law?

The term “attractive nuisance” is used to describe something that is interesting and compelling enough to attract a child into someone else’s property and has the potential to cause serious injury. Attractive nuisance is a doctrine that falls under Tennessee’s premises liability law. It means that if your child is injured due to an… Read More » 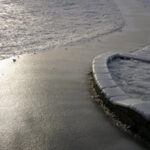 Can I Sue a Property Owner if I Slipped on Ice in Tennessee?

Adverse weather conditions – namely, ice and snow – contribute to numerous slip and fall accidents in Tennessee. If you have suffered a serious injury after slipping on ice, you may wonder whether you can file a premises liability lawsuit against the owner of the property where your accident occurred. Contrary to popular belief,… Read More » 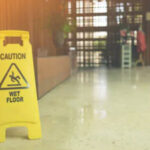 Can You Sue a Grocery Store in Tennessee for a Slip and Fall Accident?

Tennessee’s premises liability law requires owners of grocery stores – and other commercial properties, for that matter – to keep their premises free of any hazards. When a grocery store fails to keep its premises reasonably safe for shoppers and visitors, it can be held liable for the injured party’s damages. While slip and… Read More » 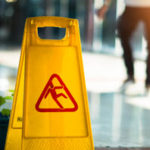 It happens quite often – someone is at a local bar, restaurant, or even a friend’s house and they wind up suffering a slip and fall injury. The Bureau of Labor Statistics reports that over 42,000 workers suffered premises injuries while on the job, and that’s only injured workers. If you or a loved… Read More »

Many people attend fairs to partake in several types of entertainment, including fair rides. Unfortunately, fair ride accidents have been known to occur. Last month, several people including a ride operator were taken to the hospital after a fair ride accident at Delta Fair in Memphis. The accident occurred on a ride called the… Read More »

Last Year, a $ 37.5 million lawsuit was filed against the Fellowship Bible Church of Williamson County in Franklin, Tennessee for the alleged sexual assault of a four-year-old boy. The parents of the unnamed boy claim that their child was sexually assaulted/raped by a church volunteer back in August 2014 at the church ministry… Read More »

Two Hunting Accidents within a Month of Each Other

It has been reported that a jury in Grundy County, Tennessee indicted a 45-year-old man named Robin R. Smartt Jr. for the fatal shooting of of 44-year-old Chadwick Killian. Smartt was indicted on one count of reckless homicide and possession of a firearm during a famous crime. The incident was being investigated by the… Read More »

This year has been an icy one for Nashville, and business owners around the city have worked hard to keep the sidewalks clear in front of their businesses for pedestrians and tourists. This is not just a nicety for potential customers coming to the store; Nashville city code dictates that business owners are responsible… Read More »