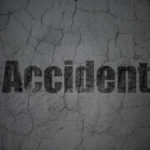 Earlier this month, a bus that was transporting forty marines from Camp Lejeune in North Carolina to a Marine Corps’ event in Nashville caught fire while traveling along Interstate 24. All of the bus’s passengers quickly got off the bus. Fortunately, none of the bus’s passenger were injured in this event. The Rate Of… Read More »

While ATVs offer an exciting and entertaining ride, there is still the possibility that accidents can occur while riding one of these vehicles. The United States Product Safety Commission reports that approximately 90,000 people a year are injured and 120 people are killed due to ATV accidents in the United States. Within the past… Read More »

Early in November, a 50-year-old woman named Jennifer Casassa crashed her SUV into the 3 Crow Bar on Woodland Street in East Nashville. She was arrested by the Metro Police Department on suspicion of drunk driving. According to police, Cassasa had failed to make a turn when she was crossing over 11th Street. This… Read More »